Venus and Adonis, Act I

O pray for the peace of Jerusalem

Ground in G for 2 Violins and Continuo

John Blow was an English Baroque composer and organist, appointed to Westminster Abbey in 1669. His pupils included Henry Purcell. In 1685 he was named a private musician to James II. His only stage composition, Venus and Adonis, was thought to influence Henry Purcell’s later opera Dido and Aeneas. In 1687 he became choirmaster at St Paul’s Cathedral, where many of his pieces were performed. In 1699 he was appointed to the newly created post of Composer to the Chapel Royal. Fourteen services and more than a hundred anthems by Blow are known. In 1700 he published his Amphion Anglicus, a collection of pieces of music for one, two, three and four voices, with a figured bass accompaniment. A famous page in Charles Burney’s History of Music is devoted to illustrations of Blow’s “crudities”. These show the immature efforts in expression characteristic of English music at the time. Some of them have since been judged to be excellent. He lived from February 1649 to October 1, 1708. —Excerpted from Wikipedia

“Provides a remarkable overview of all important trumpet topics and includes complete analysis of important works. Some reporting is done with considerable bias (the authors are trumpeters) including a suspect appendix of important 20th century works that includes far more than a fair share of the author’s own commissions.”—Andy on Amazon 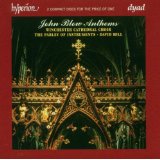 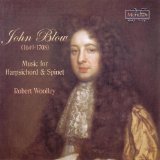 Full anthems
Behold, O God our defender
Be merciful unto me O Lord
God is our hope and strength
Let my prayer come up
Let thy hand be strengthened
My days are gone like a shadow
My God, my God, look upon me
O God, wherefore art thou absent
Praise the Lord, ye servants
Save me O God
The Lord hear thee

Other works
Air
Amphion Anglicus
An Ode on the Death of Mr. Henry Purcell
Prelude in C major
Venus and Adonis