Vivaldi: Voice of the Baroque

“Short in length but long on scholarship, a “life and works” of the 18th-century Venetian master that belongs on the shelf of every serious music student. Robbins Landon, the distinguished musical archaeologist whose labors led to the rediscovery of much of Haydn’s lost or neglected music, has also turned his attention recently to Mozart (1791, etc.). He now skips back a generation to focus on the composer whose name has become synonymous with the Italian baroque–not wholly new territory, since Robbins Landon also coauthored Five Centuries of Music in Venice, but what prompted him to attempt a complete life of Vivaldi was the worldwide fascination with The Four Seasons. . . .”—Kirkus Reviews

“Partially revised from the original 1991 German-language version, this minutely detailed biographical and analytical study of Vivaldi’s life and works by Heller (historical musicology, Univ. of Rostock, Germany) is not easy to read. Inessential details abound, and the writing is plodding and pedantic. Vivaldi wrote an enormous amount of music, and the author attempts to say something about nearly all of it, perhaps one of the problems. Still, it is useful to have all the facts in one place.”—Library Journal 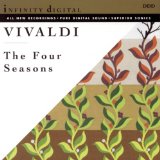 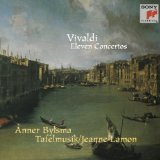 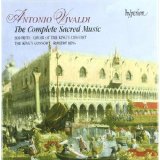 More on Vivaldi
Back to home page