Sonatas for Viola d’Amore and Cembalo

“In writing new music for the harpsichord, and in opening thereby new vistas for harpsichord performance, only Domenico Scarlatti can rival the significance of Couperin-le-Grand. It is by his remarkable harpsichord pieces that he has secured a historic place in music.”—David Ewen, The Complete Book of Classical Music

Giuseppe Domenico Scarlatti was an Italian composer who spent much of his life in the service of the Portuguese and Spanish royal families. He is classified as a Baroque composer chronologically, although his music was influential in the development of the Classical style. Like his renowned father Alessandro Scarlatti he composed in a variety of musical forms, although today he is known mainly for his 555 keyboard sonatas. He was the sixth of ten children of the composer and teacher Alessandro Scarlatti. He lived from October 26, 1685, to July 23, 1757.—Excerpted from Wikipedia

“Ralph Kirkpatrick’s 1953 work remains THE book on Domenico Scarlatti and his keyboard sonatas. There have been no substantial revisions in the biography of DS since 1953. Georgio Pestelli and many others have questioned Kirkpatrick on chronology, but when it comes to analysis of individual sonatas, Kirkpatrick is strong. And his performances speak well even 50 years later. Kirkpatrick was not a musicologist, so his book is actually interesting to read!”—Eloi on Amazon 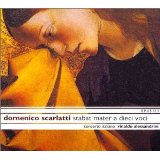 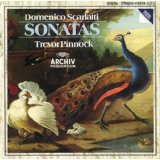 The following is excerpted from Wikipedia:

Only a small fraction of Scarlatti’s compositions were published during his lifetime; Scarlatti himself seems to have overseen the publication in 1738 of the most famous collection, his 30 Essercizi (“Exercises”). These were rapturously received throughout Europe, and were championed by the foremost English writer on music of the eighteenth century, Charles Burney.

The many sonatas which were unpublished during Scarlatti’s lifetime have appeared in print irregularly in the two and a half centuries since. Scarlatti has attracted notable admirers, including Frédéric Chopin, Johannes Brahms, Béla Bartók, Dmitri Shostakovich, Heinrich Schenker, Vladimir Horowitz,Emil Gilels, Arturo Benedetti Michelangeli, and Marc-André Hamelin.

Scarlatti’s 555 keyboard sonatas are single movements, mostly in binary form, and mostly written for the harpsichord or the earliest pianofortes. (There are four for organ, and a few for small instrumental group). Some of them display harmonic audacity in their use of discords, and also unconventional modulations to remote keys.

Other distinctive attributes of Scarlatti’s style are the following:

Ralph Kirkpatrick produced an edition of the sonatas in 1953, and the numbering from this edition is now nearly always used – the Kk. or K. number. Previously, the numbering commonly used was from the 1906 edition compiled by the Neapolitan pianist Alessandro Longo (L. numbers). Kirkpatrick’s numbering is chronological, while Longo’s ordering is a result of his grouping the sonatas into “suites”. In 1967 the Italian musicologist Giorgio Pestelli published a revised catalogue (using P. numbers), which corrected what he considered to be some anachronisms.

Aside from his many sonatas, he composed a quantity of operas and cantatas, symphonias, and liturgical pieces. Well known works include the Stabat Mater of 1715 and the Salve Regina of 1757, which is thought to be his last composition.